Pinyon (Pinus spp.) and juniper (Juniperus spp.) woodlands occupy over 78,000 square miles of the Great Basin and northern Colorado Plateau.  These woodlands have persisted for tens of thousands of years and provide important biodiversity and habitat for many species across the region.  Yet, relatively recent infill of new trees into old-growth woodlands and expansion of trees into adjacent sagebrush-steppe, riparian, and aspen communities have created a considerable mix of concerns around wildfire, drought-mortality, invasive species, watershed function, tree removal, and loss of habitat, biodiversity, and resilience.

This website will be continually updated with new articles, questions, and tools.

Knowledge and experience allow us to better understand complex ecosystems.

Use of photos: Photos from this website may be used only for non-profit purposes with credit given to the photographer.

Questions in this section frequently come up in workshops, field tours, symposia, and general discussions related to pinyon-juniper woodlands.  They are closely linked to woodland ecology, resilience, resistance to invasives, and restoration.  Most are addressed in more depth in referenced citations and Miller et al. 2019.

How do we know if woodlands are old-growth (presettlement) or post-settlement?

This question (Distinguishing Old-Growth (Presettlement) from Post-Settlement Woodlands) is answered in the Restoration Tools and Concepts section of the website.

How big is the largest western juniper (Juniperus occidentals)?

The largest western juniper is found in eastern Oregon. Its dimension are 233 inches in circumference (6.2 ft in diameter),…

Over two dozen species of Indian paintbrush grow in the Intermountain Region, many of these are associated with pinyon-juniper woodlands….

One of the most valuable landscape manager skills is to be able to predict the short and long-term response of plant communities, watersheds, and landscapes to disturbance and vegetation management.  A skillful manager is an expert detective, having a knowledge of the key components that drive plant succession and adept to pulling together all of the available evidence.

“Expansion of pinyon and juniper woodlands with climate and anthropogenic-related disturbances over the past 150 years, makes distinguishing historic old-growth and post-settlement woodlands difficult”

Distinguishing post-settlement from old-growth or reestablishing persistent woodlands after a stand-replacing event is an important step to making vegetation management decisions. Proper identification can help identify potential vegetation and characteristics of the ecological site, including the historic disturbance regime.

Table 1. Tree characteristics and the presence of old large wood can be used to distinguish old-growth (presettlement) and post-settlement woodlands.

Fig 5. Walking through this stand one can find a low density of old standing live and dead trees in addition to large stumps and logs. Prior to a fire, 100+ years ago this was an open juniper shrubland with mountain big sagebrush, bitterbrush, and Idaho fescue in the understory (Photo: Walker Butte, eastern Oregon Rick Miller, Oregon State University).

Fire severity describes the effects of fire on ecological processes, soil, flora, and fauna; degree to which a site has been altered or disrupted by fire.  Fire severity is typically rated in three categories: low, moderate, and high.

The level of fire severity has a large impact on combustion of invasive and native seed, mortality of perennial herbaceous plants, soil crust connectivity, reductions in litter, and the overall resilience and resistance of a site, which impacts postfire succession and nutrient, hydrologic, and energy cycles.  Post-fire severity can be assessed on burned sites using the evidence listed below (from Miller et al. 2015).

Environmental gradients of resilience and resistance

Conceptual model of (A) resilience to disturbance and (B) resistance to invasives as they relate to three environmental gradients: soil temperature and moisture regimes, elevation, and productivity.  Soil moisture availability is also modified by soil characteristics. (A) The solid blue line in the top graph is the resilience as it relates to elevation (dashed dark blue line above and red line below adjust for aspect), soil temperature/moisture regimes, and productivity. (B) The solid green line in the bottom graph represents potential resistance to invasive annual grasses in the reference state, and the red line is the decline in resistance as a result of a site that is in an at-risk-phase (example depleted perennial herbaceous understory) or global climate change. Common plant communities along this gradient are Wyoming big sagebrush (Artemisia tridentata ssp. wyomingensis, ARTRw), mountain big sagebrush (A.t. spp. vaseyana, ARTRv), and mountain big sagebrush and snowberry (Symphoricarpos occidentalis, ARTRv-SYOR). (Chambers et al. 2014).

Primary components are the basis for a series of key questions to be addressed when evaluating site resilience to treatment applications, evaluating resistance to invasive annual grasses, and predicting post-treatment responses.

Primary components of an ecological site are climate, topography, and soils; all of which influence available moisture, temperature, and potential vegetation and productivity.  Ecological site characteristics determine soil temperature and moisture regimes, potential vegetation, and resilience to disturbance and resistance to invasive plants. The regimes are identified in soil maps as mesic (warm), frigid (cool), cryic (cold), aridic (dry), and xeric (moist). Potential vegetation + disturbance history + seed availability + time since disturbance or treatment determine current vegetation. If all of the ecological site characteristics are favorable for treatment and the site attributes and processes are all functioning within the natural range of variability, then levels of resilience to treatment application and resistance to invasive species are near potential for that site. However, if the site is not at potential because one or more components are below potential or missing, for example, perennial grasses are severely depleted or invasive annual grasses are abundant, resilience to disturbance and/or resistance to and invasive annual grasses will be lower than potential (Fig. 1 adapted from Miller and others 2013 and Chambers and others 2014).

What determines the effectiveness of pinyon-juniper clearing treatments? Evidence from the remote sensing archive and counter-factual scenarios

Spatial patterns of tree cover change at a dry forest margin are driven by initial conditions, water balance and wildfire 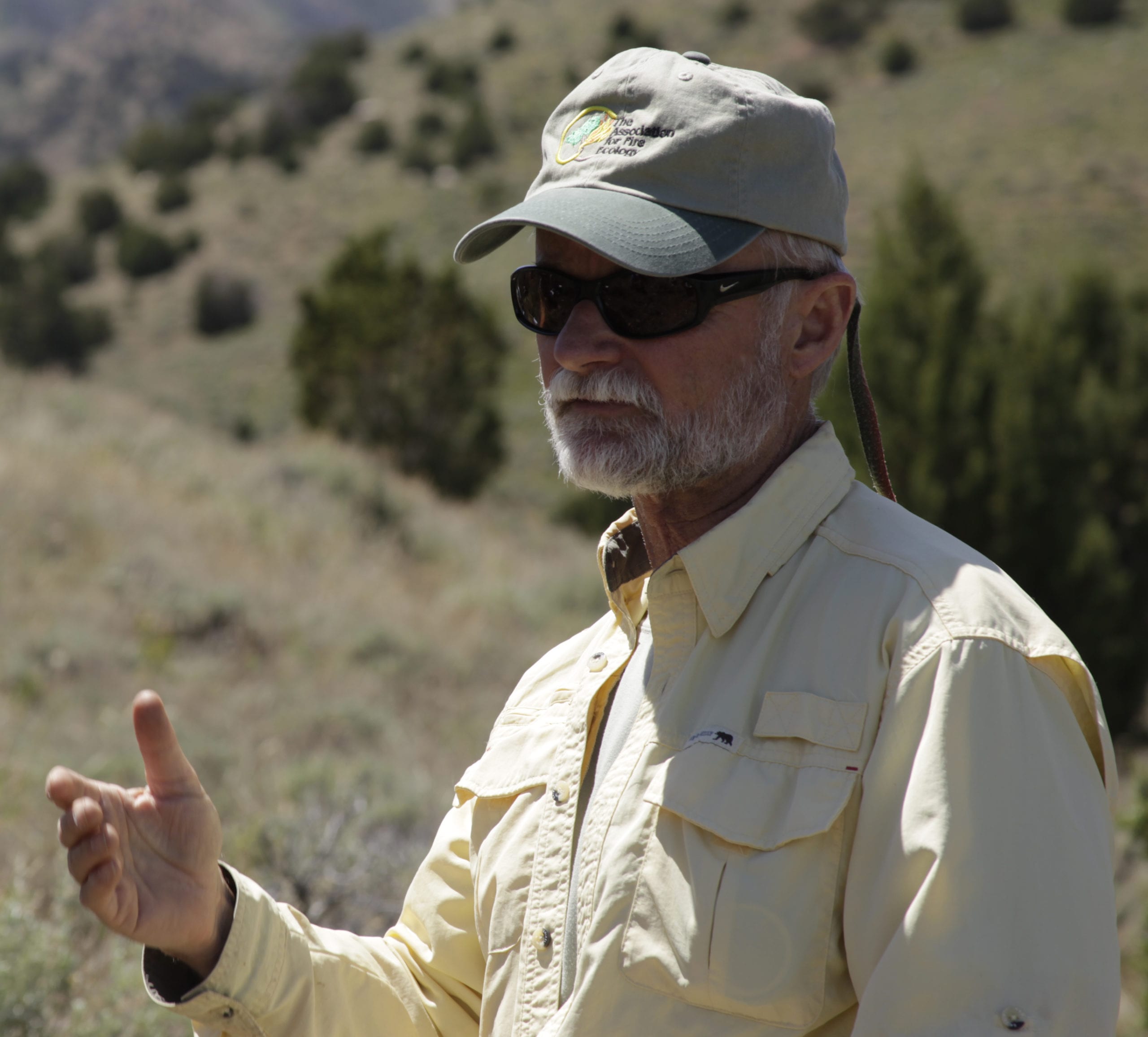 Rick Miller Professor Emeritus, Northern Great Basin Experimental Range, Oregon State University. Rick Miller has applied his background in plant and disturbance ecology to over 40 years of work in the northern and central Great Basin. His research has focused on plant succession resulting from shifts in natural and anthropomorphic disturbance regimes. He has worked closely with the BLM, US FWS, NPS, USFS, and private landowners throughout his career.